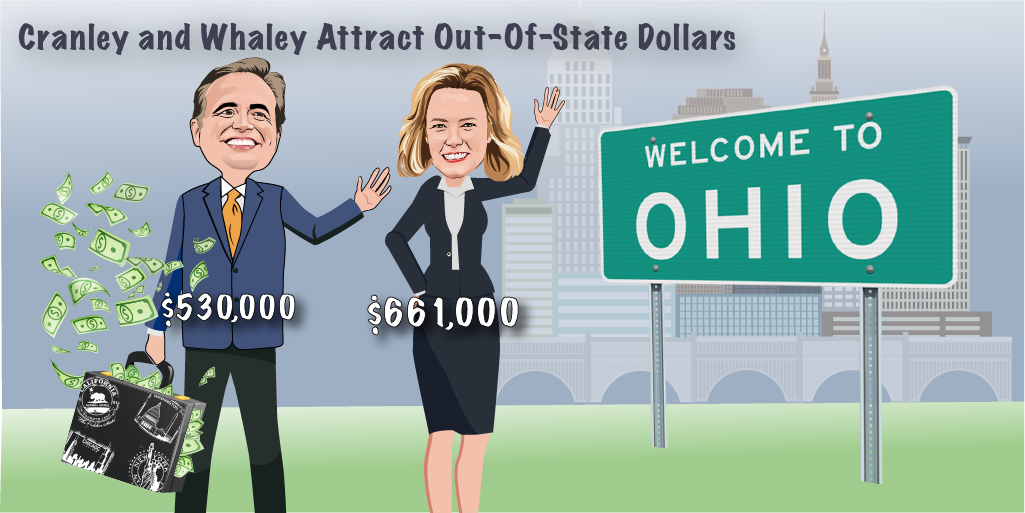 As of the latest campaign finance filing, one in every five dollars raised by Democratic Gubernatorial candidates came from outside the Buckeye State. In a race that will likely spend more than $50 million through the general election, these amounts may seem insignificant. They do, however, reinforce the theory that Democrats tend to do a better job nationalizing their races.

At this point in the 2018 governor’s race, Democrat Rich Cordray reeled in an out-of-state haul just north of $800k. He went on to raise an additional $5 million from donors outside of Ohio, whereas DeWine only raised $2.6 million from out-of-state donors for the entire 2018 cycle.

Pitches from democrat fundraising consultants likely include promoting more progressive agendas that tends to appeal to east and west coast liberals as well as selling the idea that 2022 is somehow another 2006 and DeWine is vulnerable.

Regardless of the reasons it’s clear that millions more democrat dollars are headed to Ohio.